If you would like general information on the autotrace settings click here.  Today I am going to look at the SCAL 2.0 Autotrace Brightness setting in more detail.  Below is an image that I found online that I thought would be good for testing the settings.

Bring up the Autotrace dialog box by either clicking on the Trace Image button or through the File menu.  The Brightness can have a value of 0-100 with a default of 50.  What happens when you increase or decrease this value?

The image below was traced using the default brightness setting of 50.  Most of the black lines were traced except for the green fish. 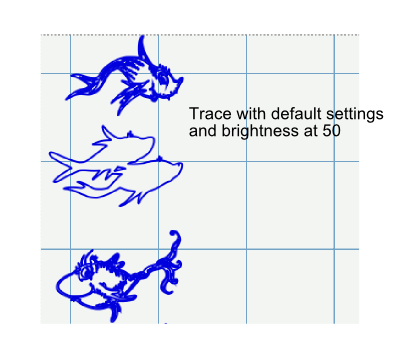 Trace again with a brightness of 40 and all of the black lines trace, but none of  the colors. 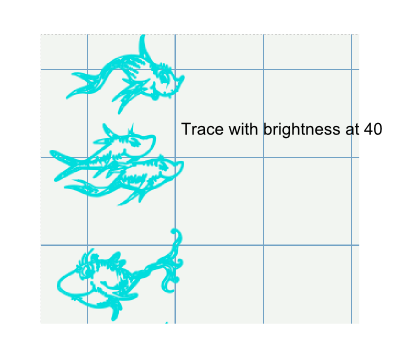 Finally, trace with a brightness of 75.  More of the black lines are not traced. 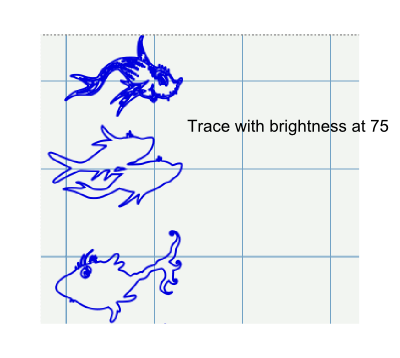 There was another fish in the original image, so I traced with the two higher  settings on that one too.  And got similar results from a brightness standpoint.

This entry was posted on Sunday, August 2nd, 2009 at 9:53 am and is filed under SCAL, Tutorials. You can follow any responses to this entry through the RSS 2.0 feed. You can leave a response, or trackback from your own site.

This site uses Akismet to reduce spam. Learn how your comment data is processed.